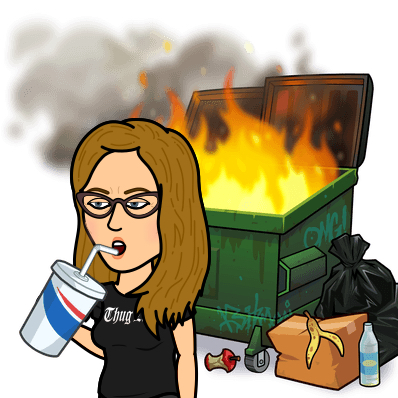 Hey Kids. Listen, last week I got on a soap box. I’m not even slightly sorry nor is this an apology, but I understand that the purpose of this blog is mostly about writing with a little bit of “living with beautiful intention” sprinkled in. Last week was more about living with beautiful intention and we can all use more of that in this day and age.

Now, back to writing. Full disclosure: Inappropriate language will follow, so hold on to your knickers.

I’ve been working on a novel (to be honest, I’ve been working on about six of them because I have a problem seeing things through to the end six times out of ten). But this one in particular, I wrote, edited, re-edited, edited again, rewrote, edited, and re-edited all 97,000 words multiple times, always adjusting it with every rejection letter and well-deserved bit of advice. A month ago I wanted to throw it into a dumpster and burn the mother fucker to the ground. I wanted to delete it from my hard drive, the cloud, completely wipe the piece of shit off of the face of the earth. After all those years. After all that work.

It made me so mad that I couldn’t get it right and that it always felt lukewarm that I wanted to quit novel writing all together.

So I killed it. I put it in a file that, I shit you not, I called “The Piece of Shit Series That Will Never Get Published Because It’s Fucking Awful” and left it for a few months while I figured out how to rent a dumpster and get my hands on some gasoline.

Then, like any good writer, I stewed. I festered over it. I fumed.

So instead of sending it out yet again to die in some slush pile…or deleting it completely, I started a new document called “What I hate about this book” and I sat on the proverbial therapists couch and let loose all the things that I knew weren’t working and all of which were my fault as a novice writer (I started this thing even before my Fixing Destiny books). I ripped it apart, above and beyond what I heard from outside sources.

Then…at the bottom of the page I wrote, “Is it even worth saving? Is there anything about this story that you love? If you could rewrite these characters, if you could change this plot now, knowing what you know, living what you have lived, what would you make different?”

The next two pages I laid it out. If I had free-reign (ha ha ha, silly writer, that’s your piece of shit you DO have free-reign!) I would change that girl so she wasn’t such a sniveling idiot. I would make her stand up and leave. I’d give her a bigger threat to face on her own. I’d make her tougher. I’d make that boy of hers not be such a fucking mess. She’s already had to clean up enough messes.

Now, I’m starting to like these characters. They’ve gone from wet mops to warm bread dough, bubbling with potential and depth…but still not as formed as I would like.

And here’s what I discovered after getting real and hard with myself (whoo…that sounds naughty). I can write and edit a piece of…er…work… a million times, but if I don’t really love the characters, the story won’t follow. I have to believe in them. I have to love and hate them. Not just have them on a page to hold space while the weak plot tries to build a book around them.

This week, I encourage you to take a scene that’s not working, a novel, a short story, a poem…whatever it is that’s sticking in your craw lately, and get brutal. Be fucking horrible to the work and to your part in it. Own your shit-fest and stop tip-toeing around it. The first step to fixing a problem is admitting you have one. The next step is tearing it down to the foundation of what you’re trying to do, and building it up better, stronger, more beautiful.

Don’t be afraid. You have free-reign writer, to change, to destroy, to rebuild. And if you find, after tearing it apart that there is nothing that can save it, that you don’t have any love for the idea or characters, get yourself some gasoline and a dumpster. Because those horrible little projects that we don’t love enough to stick with will only serve as anchors that tie us to mistakes we need to move past.

Re-write or destroy, but don’t stay stagnant with your writing, or it may just cripple your creativity until you never pick up a pen again.