Before anyone gets their knickers in a quandary… (see, fancy words are still running over from last week)…I am not, nor have a I ever been (well maybe once but it was completely unintentional and never repeated), drunk and in charge of a bicycle. 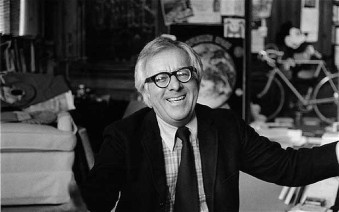 That line actually comes from an Irish Police report retold by Ray Bradbury in his book, “Zen in the Art of Writing”. Bradbury was talking about the way we approach storytelling and writing, and that is: drunk with life and not knowing where off to next. Such a trip, he wrote, is one half terror and exactly one half exhilaration.

So many schools of thought exist on how best to write your novel or short story. Plan it out, with all of the beautiful arcs, subplots, crises and climaxes, and scientifically bring it home with a satisfying resolution.

Or just write it, in wobbling paces of exhilaration and stumbling wrecks of metal and wheels.

One brings about better structure and fewer injuries…er…plot holes. It also makes the revision process shorter.

The other burns with uninhibited joy and rides the coaster of character dilemmas into the natural hills and valleys of human failure. It is organic and creative, and often a bitch to edit.

I tend to believe that not every writer is always one or the other. Usually, it is a balance between the two…much like riding a bike. The drunk part comes in when we let go of the inhibitions that close down creativity, and/or let our work be curtailed by criticism. Self or otherwise.

This is a time of both terror and not knowing what will come next. A less playful and lighthearted scenario than Bradbury probably meant.

All around us, voices are shouting and arguing. Outside there is a divisive and angry cloud, smothering the world. We are beset from all sides with advice about what we should do, should be doing, should have, should not have, what to feel guilty about, what to embrace…etcetera, etcetera, etcetera.

We run the risk of letting all of these limitations and confusing ‘advice’ smother the bumbling beauty of writing the stories and characters that intrigue and bring us joy.

It doesn’t all have to be hard-hitting commentary. Let’s face it, we’re in the midst of the first three story arcs of a dystopian novel already. And if we know anything from those story lines, it’s that the true worth of the human race is often preserved in the beauty and art we are capable of.

Writing, drunk in love with the art, is Katniss putting flowers on Rue’s grave, and Peeta painting sunsets while other tributes throw spears around him. It’s Tris not choosing any one trait to define her, but embracing the balance of being a little bit of everything.

It’s in the saving of books instead burning them.

So, the exercise is simple.

This week write. Something beautiful. Something true. Fly by the seat of your pants and damn the torpedos (yeah, I mixed my metaphors, what of it?)

Find a reason to fall back in love with your art, your characters, your world. Find a reason for us to go on. Shut the door and unplug the news, and try embracing something other than the fear and hatred that have become our everyday.

What will save the human race will be the dreamers who live, half in terror, half in exhilaration, and not knowing, exactly where we’re off to next, but knowing its beauty is only limited by our imaginations.

That takes the kind of courage rarely seen in the world today.

One thought on “The Beautiful Writers Workshop: #17 Drunk and In Charge of A Bicycle (or How We Should Be Approaching Life in Difficult Times)”